If you say you are on a Porsche "911? "When asked" Boxster "even if asked, it becomes a subtle air problem.

When. I"I heard that line more than 1000 timesI thought without thinking(Because the Kansai people have a habit of saying talks, I think that it is actually around 30 times)My husband,

Will the next GT3 Touring come beyond this Boxster 's run? What? And, as much as I worry about unnecessary, Boxster Yeah car and.

He had great praise.

After that as usual "After all the sound of NA is yeah"Supports taste supple"When my operation and the breath of a car are exactly fitted, the best, tears come out ..."As I said alone, he was mumbling.

Represents a horizontally opposed engine"Boxer"And an open model"Speedster"Porsche Boxster named after multiplying the meaning of both sides.

Despite being a really good car, in the world "Speaking of Porsche 911The image is strong. Fact 911 is a wonderful luma, so I feel that Boxster is hiding in the shadow of 911. Also,

"I am on a PorscheTalking to a friend, "What on earth are you on? 911?"I was asked,"No, Boxster.If you answer, subtle air will flow

I also hear stories. My husband seems to have that experience. But, as I am inferior to 911, I would like to note that Boxster is a very nice car today.

Take a husband and Boxster,Sun double linkAnd when running a pleasant winding road, her husband often says like this.

Boxter runs the winding and the carAnd. As we turn around the center of the car, we turn to turn around and the tight corner makes this feel stronger. Rather than being a light feeling fluttering, it bends to draw a circle continuously with a compass along the curve.A car with a different feeling from the RR 911And.

Certainly, turning the corner at Boxster and turning at the corner at 911, the way the car bends is completely different. Both sides have merit, but I personally "If you run Ashi Driveway, I like Boxster better than 911That's it.

The charm of an open car

Ashi have driveway and winding road, onceThat feeling when I ran at the top of Boxster's topIf I say ....

Cherry blossom trees in the spring, in the fresh green in the summer, autumn in the red autumn leaves(It's a bit cold in winter)Feeling the wind, the feeling that runs while being united with the wind is the real pleasure that you can only taste with an open car.

Since it is completely different from the sunroof of a normal car,Once I have experienced this, I will never be able to leave the open car againI even think of it.

Actually my former husband, "Open car does not make sense!It has lower rigidity than the coupe, and it is sharp from the surroundings(I am on the right track)I will never buy myself because it seems likeIt seems that he always thought that.

However, there are opportunities for acquaintances to give up R171 's SLK 350 cheaply, and after taking it, the way of thinking changed by 180 degrees. Then,

"One car in a family, an open car is necessary, there is nothing, the richness of life is completely different."

And it came to say. "Oh well, calm down, by the way By the way, what is so good about an open car?" When I heard it,

Oh no, anywayWherever you open the roof in any situation, you will immediately taste the extraordinary lifeOh yeah. Even if you are on a cool sports car, the interior of a car on a road with many traffic jams and stops and goes changes much more than riding in an eco car or family car.
Even in such an open car, if the roof is opened even then such a space will immediately change to extraordinary. Feelings are completely different. If you look up at the sky, it will be fun with traffic and even in town.
Of course, in areas with good winding and scenery,You can feel everything from sound, light, air feeling, smell, temperature. It is exactly the same as a motorbike. That is attractive.

Although 911 Convertible as a model with a roof in 911, even if you check the price of 911 Carrera Cabriolet on the site of Porsche Japan, it is now 1,510,000 yen -(tax included)And it is quite expensive. On the other hand,My husband Boxster GTS has less than 10 million, even with the option.It is quite profitable.(Well, if you think normally, even Boxter is tall enough ...)

Boxster is "Mid-ship layout putting the engine in the middle of the car bodyBecause it is adopted, there are trunks in two places. Besides, the front trunk is designed to be rather deep, so we can afford an M size suitcase.

In addition, car wash tools and puncture repair kits etc can be put in the back trunk with plenty of room. 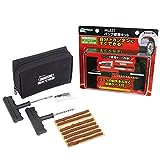 So, in the case of Boxster "Put two S-size suitcases and go with a couple touring for the first night and two daysI can do it with no margin. In the case of 911, since there is a rear seat, the baggage is put in there, but the trunk is small, so the army is raised for Boxster in terms of trunk capacity.

Luggage can be loaded on Boxster's trunk! I tried it with a suitcase.

This may not be a comparison between 911 and Boxster, but when my husband buys Boxster,

"Whatever you slide in, buy the last NA6 cylinder model" 981 "Boxster"

He said that. As a result, 981 Boxster certainly had only NA,The acceleration is supple, the dry, high engine noise that starts to "pawn!" Is really comfortable.In addition, her husband 's Boxster is GTS, exhaust sound is bigger and more powerful than normal. I think every time I ride in the passenger seat, I think that running the GTS while manipulating the engine sound at the MT, I feel comfortable at all.(So I also do best practice MT driving w)

The other day the husband took part in the running meeting of Suzuka Circuit at Boxter. Before going "On an open body Boxster, how far can you run?Although I was saying, after talking home I was talking about excitement like this.

When I ran Suzuka's 130R, I felt that Boxster became more stable as I increased the speed. As soon as it cuts in the steering wheel and entered the corner,The car body sinks suddenly, it just bends to suck on the road surfaceAnd. I thought that "That! Boxster was so stable?" I got a strange feeling.

I think that it is natural that running on a circuit-oriented car such as GT 3 or GT 4 is a matter of course if you are seriously thinking about keeping time. However, the husband who ran the circuit on Boxter said "There is still unknown bottom power in BoxsterIt seems that I was made aware of that.

Actually the other day, my husband said "This Boxster's article, good articles with the core and so on. Read it."The URL of a certain web page article has been sent along with the phrase" As I read it immediately, the attraction of Boxster was told as well as my husband felt.

The article was written by the writer as "Article summarizing what covered the owner of the 2001 year's first Boxster S (986 type MT)". As far as reading the article, this owner of Boxster seems to be operating a maintenance factory. It seems to be one who is well known as the primary doctor of the early type 911 owner such as 356 and narrow Porsche.

Until recently, your own favorite car was "1974 Porsche 914 2.0" but "Why did a specialist familiar with such Porsche choose 986 Boxster S as a favorite carIt was content deeply concerned about.

There, it was written.

When I say Boxster in particular, 911 owners are many people who do not like to eat.(Somewhat)We have our guests take a test ride and have them get on the passenger seat to have the taste of Boxster's appeal. Everyone uniformly"I can not believe this is a car that was nearly 20 years old! "I am surprised (laugh) "

Also, the editorial department who wrote this article,

Numbers can never be expressed. That is Boxster experience
Mechanical noise and exhaust sound of the engine directly stimulate the senses from behind. It is also attractive that you can experience this fun in the city. And, if it is a winding road or highway, you will be able to enjoy the pleasures of this car.

It was written.
* Article Source:"Do not despise the car 18 years ago, why the Porsche specialist acquired the 2001 Porsche Boxster S (986 type)"

Following the charm of Boxster, her husband once again said this way.

Unfortunately we are riding Boxter and Cayman, "I am on a cheap PorscheSometimes it seems to be something. Certainly it is cheaper than 911, but Boxster and Cayman's grade are at least about 7 million yen. Moreover, since most people buy with options, it gets even higher by 1 million to 3 million yen from there.
So, "Ultimately estimate, the price of 911 can be boughtIt is also often said that.
However, since the image of the price of the vehicle itself precedes in the world, so much that is not known well.
Also, when I actually ran in Boxter, "It exceeds 911Often it feels like, I do not feel any difference as much as price difference. Although Boxter and Cayman have been seasoned differently from 911,Firmly PorschePalm, the identity of the ride is also established. So, the price is different, but which is not up or down,Whether it's your favorite tasteI think that should be chosen with.
Well, in sweets, even with the same potato chips, it is the same as whether you like "tasty taste" or "like consommé taste" (laugh)
Materials are the same, only from the difference in seasoning, people with Boxter and Cayman ride do not feel overwhelmed, I think if it rides dignified.

I see. Recently, there are many opportunities to feel that there are still many good cars in Porsche. It is really a waste to eat, and I thought it would be nice to have a chance to taste various Porsche, including test drive.

polben : Is the car "unnecessary" or "necessary" in life? -The view of a wife with a Porsche riding husband
Nice to meet you! I've been reading the blog for a long time! ... (2/24)

Fuga : Differences between the Porsche 911 Carrera 4S Cabriolet and the 911 Carrera Turbo Cabriolet
Turbo cabriolet is wonderful! The price of turbo has dropped sharply ... (2/24)

Mina : A navigation system that can use Apple CarPlay even though it is 1DIN size. You can use the latest navigation even with the old Porsche!
Injuni-san Not available at Porsche Japan in Japan ... (2/22)

Injury : A navigation system that can use Apple CarPlay even though it is 1DIN size. You can use the latest navigation even with the old Porsche!
I wanted this! To the local Porsen, "For Japan ... (2/21)