My husband bought SONY RX100M7, so he immediately reviewed it.

From the pre-release, famous YouTubers have been reviewing, and I was very surprised by their performance.SONY RX100M7" As usual, my husband also purchased at the start of the reservation and arrived at my house the other day, so I decided to write a review. Please take a look below.

The car is a nerd, but the camera is not that much, so it's not so detailed. So, I would like you to read it as an impression of an amateur user who enjoys car photography.

I have been using RX100M3 (M3) for many yearsHowever, I was thinking about buying a replacement soon. Actually, I heard from Canon that the G7 X Mark III came out with an external microphone terminal and made a reservation.

But thenRX100M7 (M7) released from SonyI canceled the reservation for G7 X Mark III.I made a reservation at the online Sony store on haste, and arrived at my house on August 30th.

This time, not M5 or M6The reason I bought the M7 is that it also has an external microphone terminal.And it is said that α9 yieldExplosive speed autofocus performanceIs the decisive factor I made here. 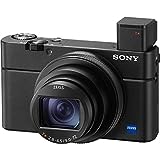 Of course, taking photos as car lovers,I want to record the video and engine sound firmly.Of course, since the built-in microphone is in every camera, you can take engine sound, but there is a big wind noise or the frequency band that can be recorded is narrow, so it is far from the actual engine sound and personally appreciate it. I can't stand it.

This RX100M7 has an external microphone terminal in the same compact size as beforeAnd personally, it was a model that I had been waiting for.

Of course, when you take a picture of a running car, there are two and five-year-old kids in our home.The children are always moving around and rarely staring.At such times, autofocus speed is very important.

In the previous M3, the focus could not catch up, and there were many failures even when shooting moving, but the M7 autofocus is really amazing.I don't say there are zero failures, but I can take beautiful photos with a good probability.It may be said that this is equal to or higher than the α7III used in the main machine.

Eye autofocus and face recognition focus are very useful.As soon as the child is facing you, you can take a picture with a focus on the eyes and focus on the eyes.It is a camera that I would definitely recommend to fathers and mothers who want to keep track of their children's growth.

When I switched from M3 to M7, I was a little worried about the blurring at the time of opening because the lens became dark, but that was not the case. RatherYou can take a picture that emphasizes more blur than M3 using telephoto performanceSo very happy.

I think that it is about the same as M3 in terms of detail. However, it feels like the color is brighter than M3, so it will be a beautiful photo for amateurs.

By the way, when compared to the mirrorless single-lens α7III that I use on the main camera, when I take it in the night room or in a slightly thin place, I get a little noise-like roughness when I enlarge it finely. Also, if you take a picture of a person in the same way, α7III will be described in more detail, so this area may be the limit of the performance of a compact digital camera.

Although,Best-in-class beauty for taking ordinary snapshotsI think that. If you really want to shoot as a work, I recommend one eye, but I think that it is a descriptive ability that can be fully satisfied for those who are not looking for it.

This is honest and pretty beautiful. I think that many Youtuber people have been reviewed separately, so I would like you to check the details there, but the camera shake correction is also excellent, and I think that the digital correction is as smooth as GoPro Hero7.

While shooting while walking, you can shoot smooth images almost without any sense of incongruity,When taking a picture in the passenger seat of a car, the correction by the vibration of the car is a little weak.There seems to be a rare case where control is a little awkward and the angle of view suddenly changes.

In purchasing M7 this time,Genuine jacket case and shooting gripPurchased at the same time.

First of all, I would like to introduce a genuine case. There weren't many people reviewing in detail, so I bought it as a human pillar, but this is quite good.

First of all, the appearance is synthetic leather, but it is not cheap and is very solid. Since it covers the entire surface, the camera body will not be damaged and the defense power is quite high.

To take a photo, just unbutton and open the entire cover. During shooting, the cover is attached to the bottom of the main unit with another button, so there is no need to leave the cover somewhere.

Also,It is very convenient to be able to use a tripod with the case attached, or to use a charge or external microphoneIt is. Until I purchased it, I imagined it would be a little worse, but when I actually used it, I was very satisfied with its practicality and convenience. 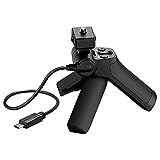 This time, I bought a shooting grip kit to purchase this M7. In short,The camera body and shooting grip are a set from the beginningIt is. Part number is DSC-RX100M7G.

This shooting grip is connected via a tripod hole on the main unit. Then, make a USB connection for camera operation. With this USB connection, you can use the shutter, start / stop recording, and zoom at hand.

And if you attach the included stay, you can also put an external microphone on it, so I think it's convenient for Vlog and selfies. It also becomes a mini tripod, so it seems to be useful for taking pictures on a table in a restaurant.

The price is quite high, so buying it takes courage. However, even though the Sony RX100 series is an old model, it sells it as a new one without being discontinued.Second-hand market prices are very stable. Therefore, resale effect is high when trying to sell,It can be said that the camera is actually a cheaper camera.

If you really want to shoot as a work, I really recommend one eye, but it is ideal for those who want to take a higher-grade photo that can not be taken with a smartphone for travel and everyday use, and the autofocus performance of explosion speed is for those who have pets and children Is also recommended. Also, since there is an external microphone terminal, you can shoot pretty clear videos with sound, which is also ideal for users who take Vlogs. 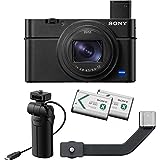 Messed up : 3 Reasons to Choose Porsche's E-Hybrid Model | Cayenne, Hybrid is the best buy if you get lost in Panamera
Mina

Mina : 3 Reasons to Choose Porsche's E-Hybrid Model | Cayenne, Hybrid is the best buy if you get lost in Panamera
ds124
Oh clubhouse is also listening ... (4/17)

Mina : I can easily ride Porsche Boxster, but for some reason I can not easily ride 911
Mr. Yamazaki
Nice to meet you, thank you for always visiting the blog ... (4/17)

ds124 : 3 Reasons to Choose Porsche's E-Hybrid Model | Cayenne, Hybrid is the best buy if you get lost in Panamera
Hello Mina.
It's fun to participate in the clubhouse ... (4/17)

Hiroyuki Yamazaki : I can easily ride Porsche Boxster, but for some reason I can not easily ride 911
Nice to meet you.
I am always reading happily.
This ... (4/16)

Participating in the ranking